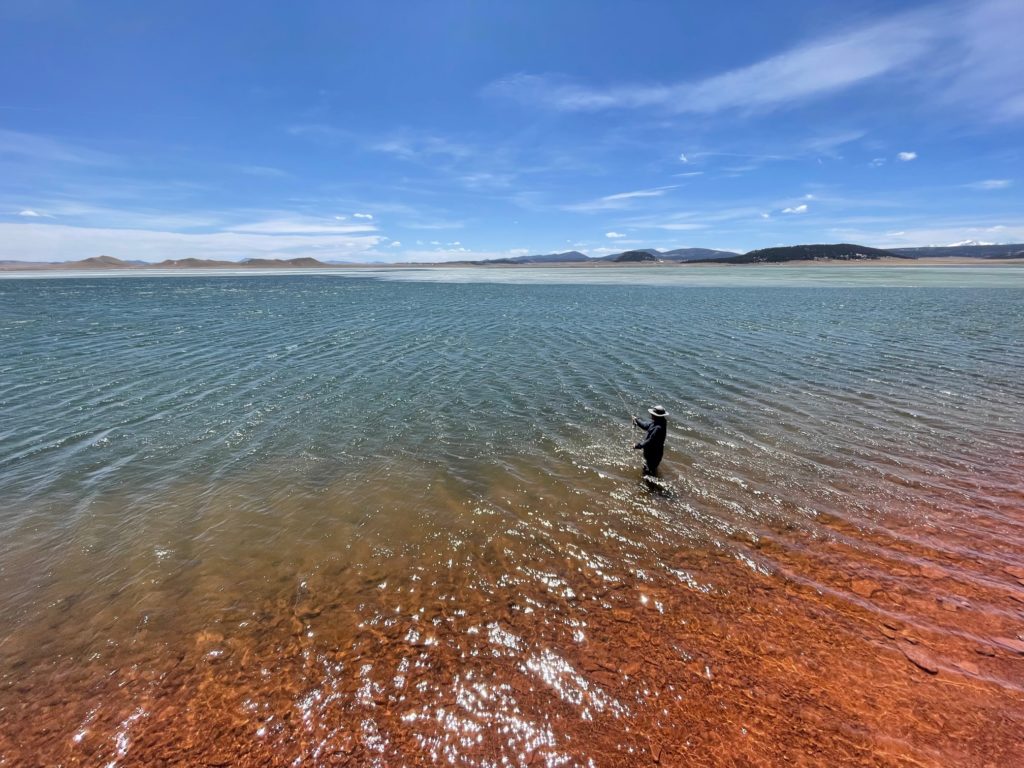 CPW has announced an opening day of May 7th for Spinney Mountain Reservoir.  A holiday for stillwater fans, these hard fighting fish have not seen a fly since fall and they will be actively patrolling the shoreline looking to add to their already impressive weight.  While many fly anglers find lakes and reservoirs to be intimidating due to their size, they are actually relatively fly friendly, especially early and late in the season.  After ice off, the water near the shoreline is the warmest meaning the fish can be easily reached with a roll cast.
When people consider South Park’s big 3, Elevenmile, Spinney and Antero, the first thing they often think of is the wind.  As difficult as it can be to believe, the wind is your friend when fishing these reservoirs.  I like to start in a downwind bay of the reservoir.  Not only does the wind stir-up food, it also helps move the warmest water which is on the surface into a specific area.  The wind also creates a mudline, this gives you an area to focus on as the fish often cruise these mudlines just off the shore as they look for their next meal.
The wind also is helpful in adding movement to your flies.  My go to rig on stillwaters, especially this time of year, always includes a leech.  I typically fish 2 leeches or a leech to an egg imitation, spaced out below an indicator.  The wind and the resulting chop naturally jig your flies, this movement is often irresistible to hungry trout. Be sure to tie the tippet to and from the middle fly eye to eye so that the leech rides horizontal in the water (as opposed to adding your trailer fly off the bend of the hook.)  You also can used balanced leeches to achieve this.
When you show up to fish stillwaters, leave the 5X in the truck as these fish tug!  They aren’t leader shy and are some of the hardest fighters in the state.  Also important to never lose confidence.  Lakes can be described as similar to light switches as they quickly turn off and back on.  As you continue to fish these stillwaters, you will figure out what variables influence these complicated light switches.  Welcome to the wonderful world of stillwaters! 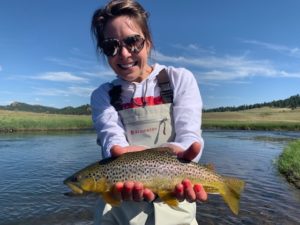