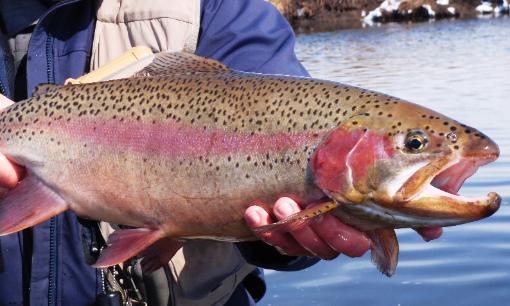 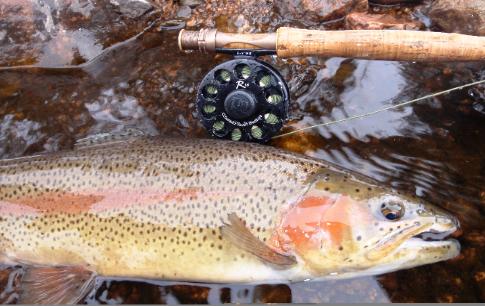 March fly fishing on the South Platte in South Park 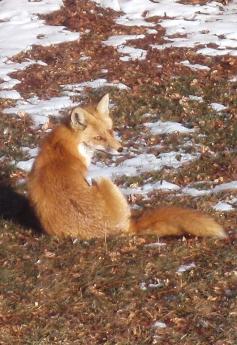 wildlife to see on our fishing trips. 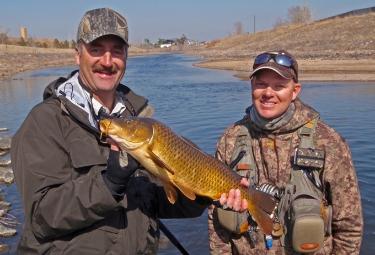 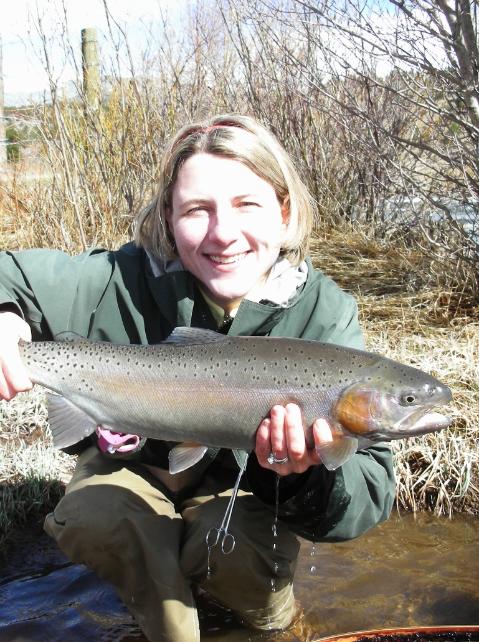 April rainbow caught by Laurie on her first Colorado fly fishing trip. Her husband Mitch caught a cutthroat trout to finish the trip and complete his 4th species of trout for the morning. Photo courtesy of Mitch and Laurie 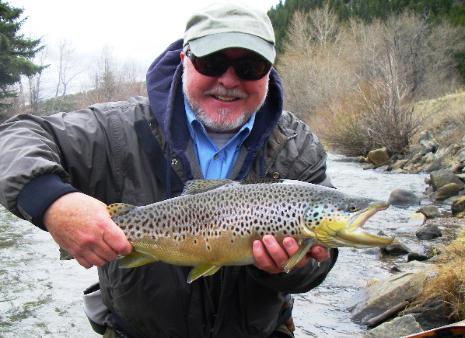 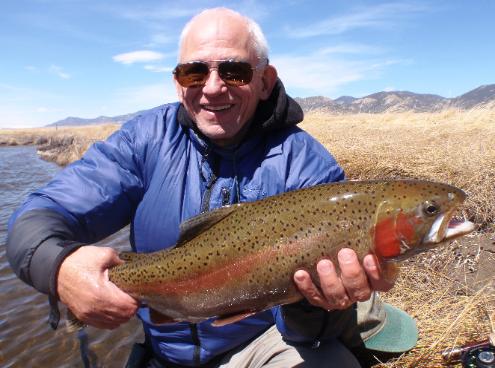 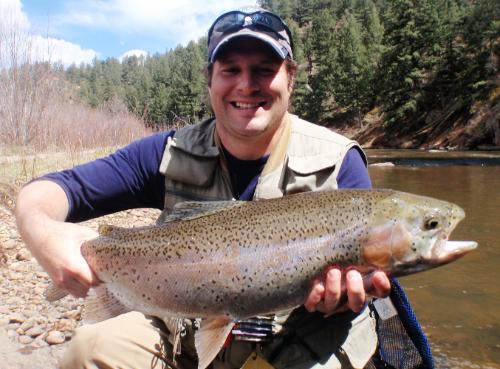 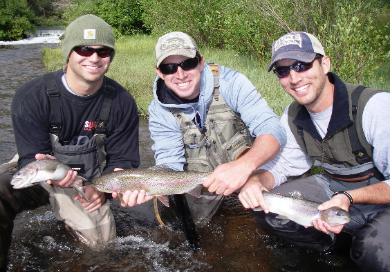 This trout photo is a picture of a splake often mistaken for a lake trout. Caught at Antero Reservoir Colorado. 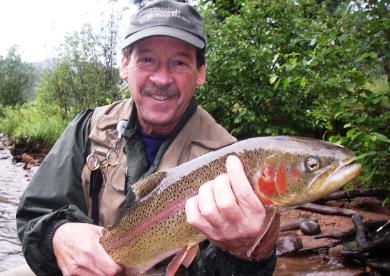 Great color on this beautiful cut-bow trout caught on a prince nymph. 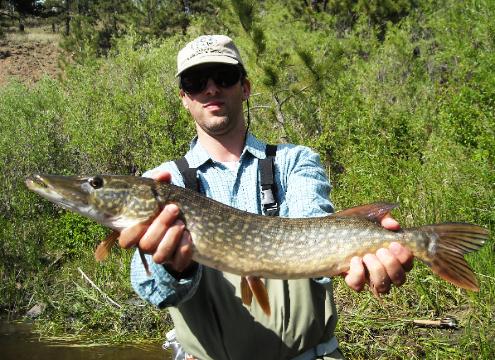 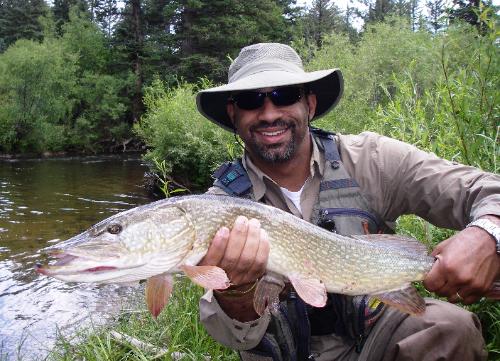 Another nice pike caught in July by R. Cole. 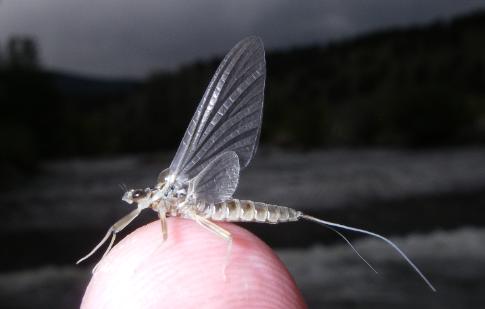 Green Drake mayfly hatching on a cloudy afternoon on the South Platte. 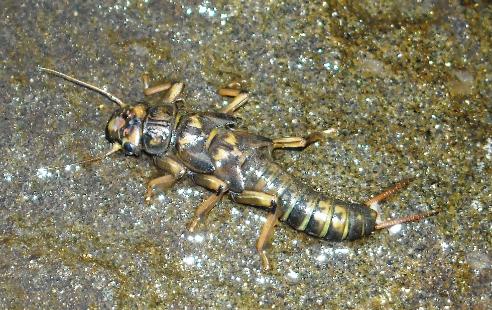 Golden stonefly nymph. Photo taken on Tarryall Creek. Read the trip report from the day in July this photo was taken. 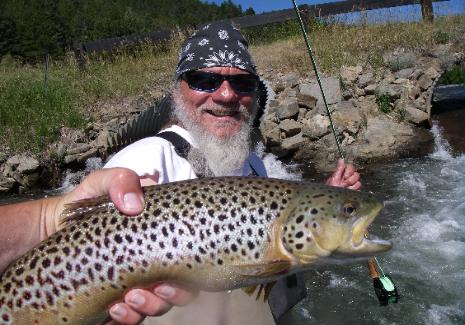 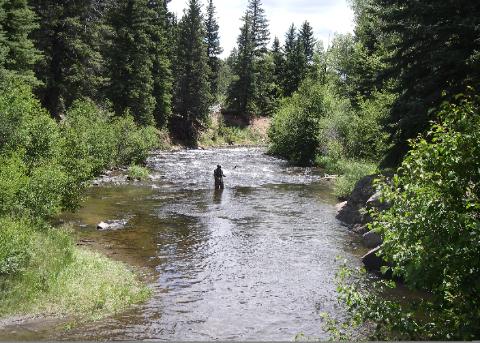 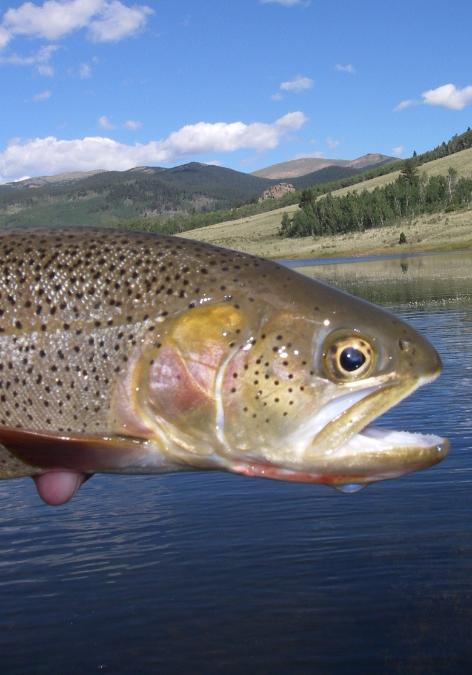 Cutthroat trout picture from a mountain lake in Colorado. 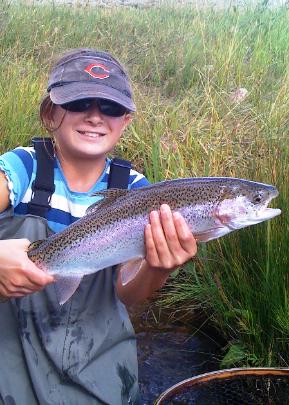 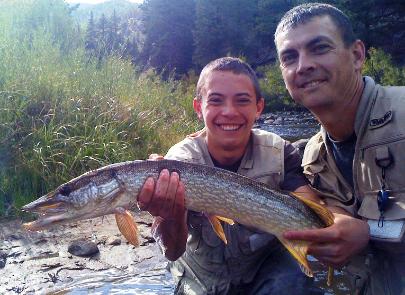 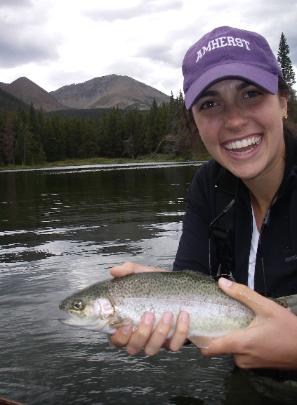 Late summer at the lakes. 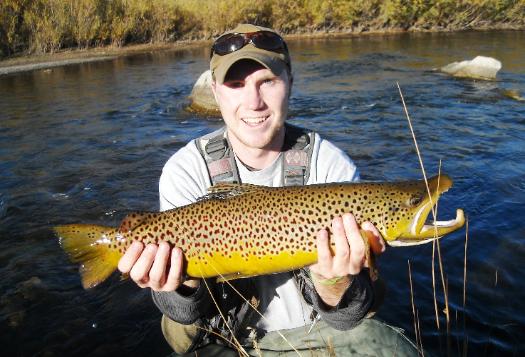 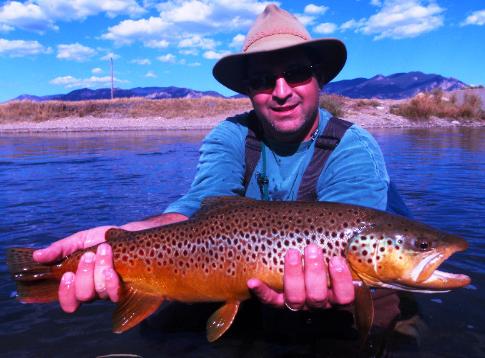 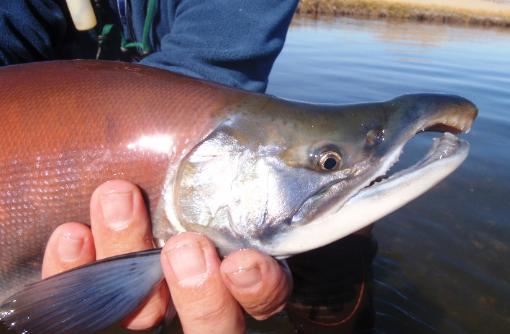 Pair of Kokanee Salmon caught in the same pool on the same day. Caught fly fishing on the South Platte River in Colorado. These fish were landed in the early fall during the beginning of their spawning run. The fish on the left is a male with his fall spawning color and classic hooked jaw. The fish above is a “chrome” female fresh from the lake this fish has not begun to change color yet. 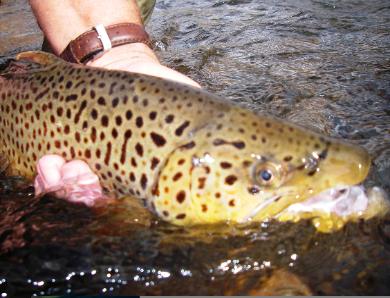 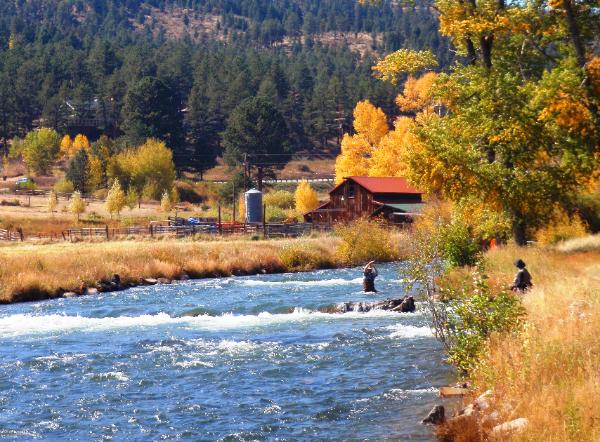 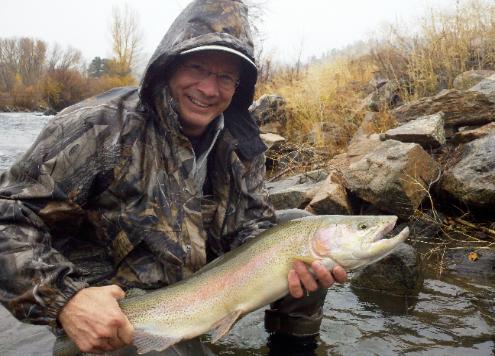