Weather: Cool in am and getting warmer as the day progressed

Report:
Cool temperatures greeted us as we started the day early, fly fishing at just under 10,000 feet elevation. Almost as soon as we entered the water, the fish let us know we had made the right call by getting up early and hitting the lake.  The ice had only been off the lake for about 2 days, and the trout were eager to feed after a long winter in the high-country.

Jim Keller of Keller Kustom Fly Rods was the lucky angler who was the first rod of the season on the lake. It was a treat to watch an artfully made 4wt bamboo rod put to the test on some absolutely beautiful high country trout.

The trout were feeding subsurface, but that should change as things warm up in the next few days and the bugs begin to hatch.

There were several highlights, including a camera-shy mega-bow that  found its way back into the lake before any photos were taken. We did manage to get the lake slam: cut-bow, rainbow, brook trout, and cutthroat trout, as well as some big bookies who made it through the
winter in good shape. All in all, it was a great day on the water!

In trout news:
There is still a large amount of snow in the high country. This amount of snow means some higher water in the streams in the short term — and hopefully great fishing all summer in the long term.  The lakes are iced off and starting to fish well, which should continue for the next several weeks. Look for good fishing but high water on front range tailwaters as the snow melt makes its way through the system. The west slope rivers in Colorado are VERY high right now. 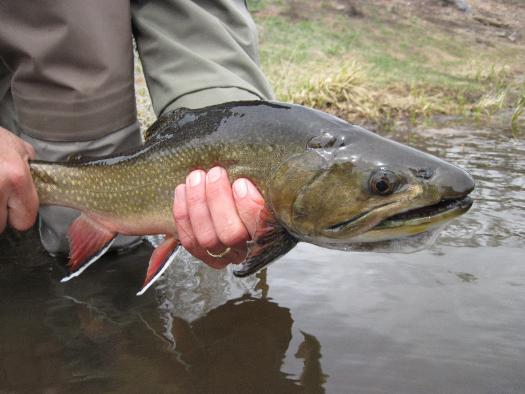 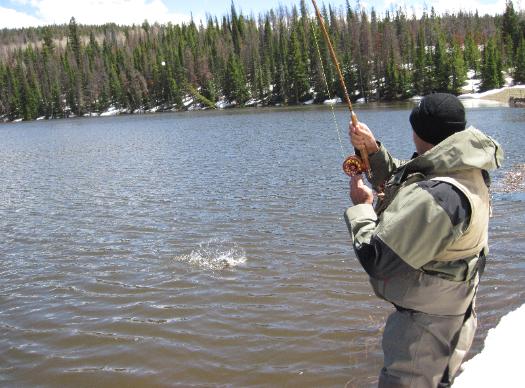 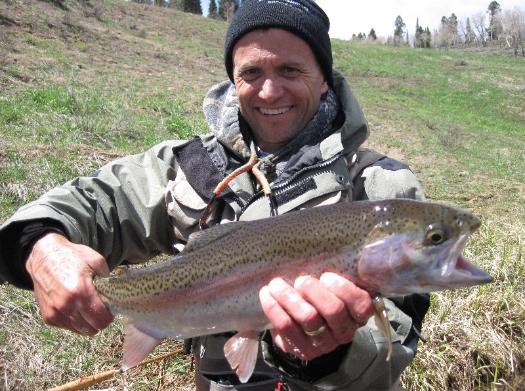 Big fish on the bamboo! 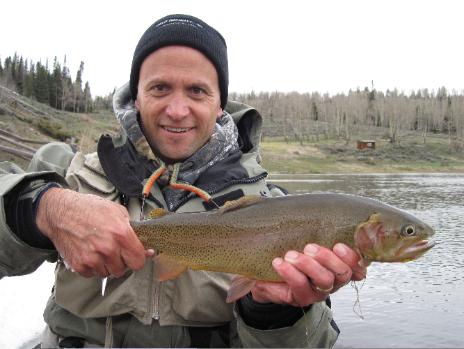