Variety is the spice of life.  Trout will always be number one and will always have a special place in my heart because of their beauty, the spectacular places they live, their temperament, and the ever changing conditions of the river.  When my wife announced that she had a
conference in San Diego and she wanted me to come along, the wheels started to spin.

I had heard from several of my guide buddies about the mako shark fly fishing in San Diego and after a couple calls to Captain Conway Bowman, I decided to take my wife up on her offer to take me shark fishing as my birthday present this year.

I had the pleasure of fishing with Captain Dave who really made the day spectacular–we just tagged along for the ride.  Dave was professional, fun, and a good guide.

We started the morning early chasing diving birds and pods of bait fish.  We expected to see Bonita, mackerel, or possibly pacific barracuda chasing the bait.  As luck would have it, the barracuda were hungry.  These fish were all too willing to chase flies for me, and my wife had fun with surface irons with very visual strikes from the big cuda. These were the first Pacific Barracuda I had encountered,
so it was a special treat fly fishing for them.  One small mackerel also made the mistake of eating my fly.

After we had a bunch of big barracuda in the boat, we decided it was time to look for sharks.  Dave took us out to one of his very productive areas.  Along the way we saw a big school of pilot whales, sea lions, dolphins, and porpoise.

We put out the chum and the waiting began.  As we were swapping fish tales, in came the first fins cutting the water. It was a very nice blue shark about 90-100 pounds.  The hook up was quick, but he was off just as quick.  Then the large blue came back to the boat and hung out with us for about an hour before moving on.  There were several more great encounters with nice blue sharks–but no Makos yet.  Just before it was time to leave, I spotted a shark dart out from under the boat.  Dave was instantly on full alert  as he turned and said “MAKO”.  Everyone’s senses were on high alert as the hungry Mako took a swipe at a gull floating on the surface.  I quickly cast the
monster fly in its path.  The shark sped up, the fly disappeared in its mouth, and it was game on!

After an explosive battle the Mako came to hand!  After a couple quick pictures it was safely released.  After all, catch and release is just as crucial in salt water fishing (as it is in fresh water fishing) to ensure there are good reproducing shark populations for future generations to enjoy.

I would encourage fly fisherman looking for a little variety to contact Captain Dave and Captain Conway Bowman and give the San Diego shark fly fishing a try — they run a good operation!

Blue shark with a fly in his mouth look at the teeth. 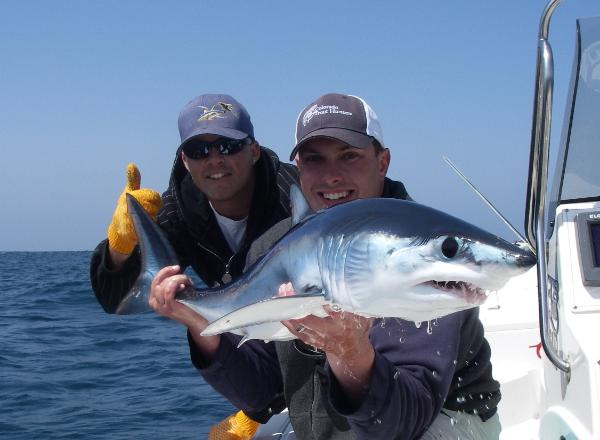 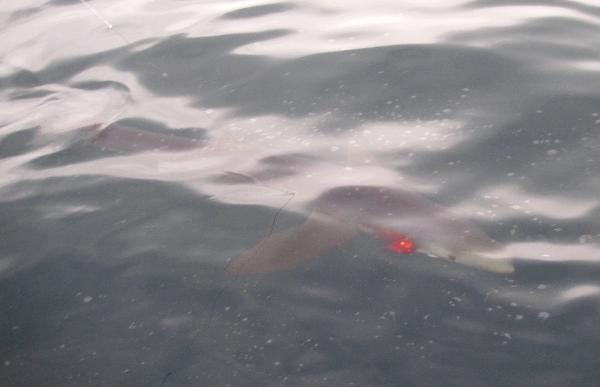 This 90-100 pound blue shark looked beautiful under the water. Notice the large shark fly in the corner on the mouth. 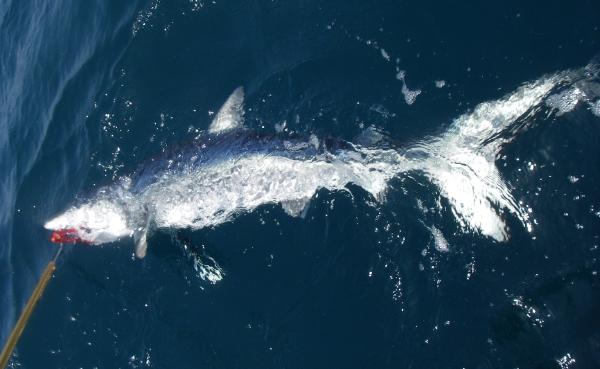 This was a smaller blue shark that made a couple great runs that tested the 12 weight fly rod. 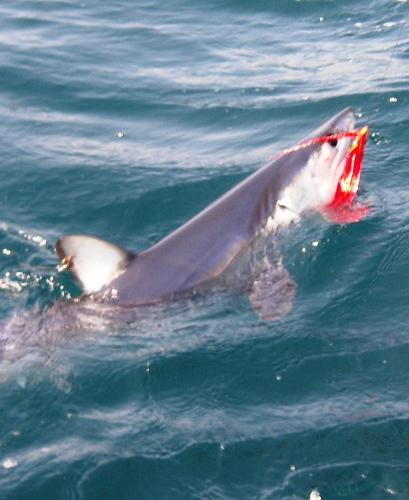 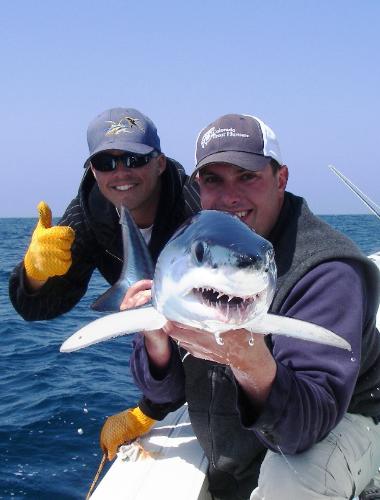 Watch your fingers and be sure to release these beautiful predators. 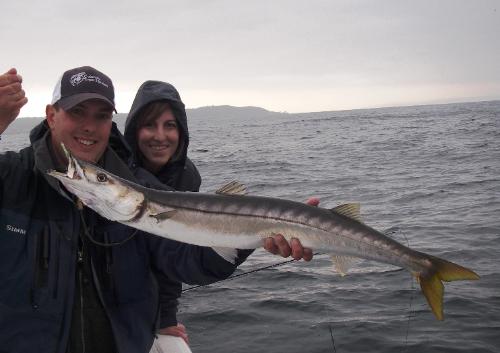 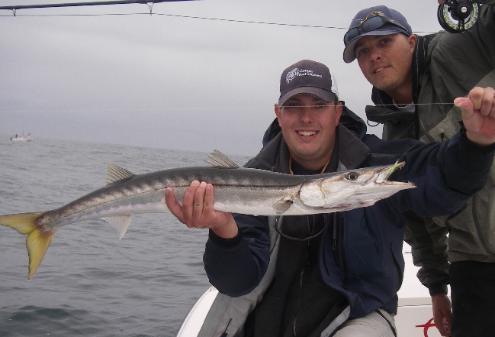 Captain Dave and Tad with another nice Barracuda great way to start the trip.